Five weeks after the inaugural season launch, the Overwatch League's first stage is completed. While some players proved their reputation, others just started to build their own. Let us see together which player-hero pairs from stage one have been the most memorable.

Byung-Sun "Fleta" Kim is one of the many players that have been hyped before the season's start. In his case, and unlike some, he totally met the high expecations that have been set for him. Already regarded by most as the best player in the league, the 18th years old South Korean proved his worth in Seoul's representative team. Today, I want to honour his signature pick, Pharah.

And what better way to start than watch him take a double kill?

Fleta was especially powerful with Pharah in the stage one meta because of the omnipresence of both Mercy and Zenyatta as supports. In fact, he exploited the one-shot potential granted by the combination of Mercy's damage boost and Zenyatta's discord orb to obliterate 200HP targets. As Los Angeles Valiant's DPS Ted "silkthread" Wang seems to have noticed if this Reddit post is to be believed, Seoul Dynasty abused this technique to achieve Aerial Superiority in air-to-air matchups.

As an example, in the match opposing Seoul Dynasty to the Valiants, Fleta killed silkthread seven times on Eichenwalde only while both of them were playing Pharah; the Valiant DPS only returned the favor once, according to Winston's Lab. Nonetheless, the LA representatives managed to win the map, notably thanks to French players Benjamin "Unkoe" Chevasson and Terence "Soon" Tarlier finding decisive kills on Fleta's Pharah. I cannot wait for stage two to start and see how the South Korean DPS will adapt its Pharah play to the heavy upcoming meta shift. 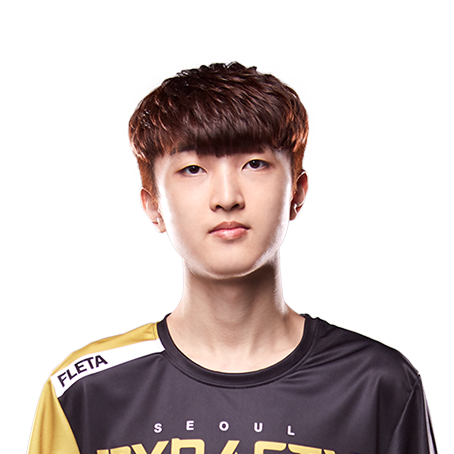 Thanks for reading! Stay tuned to see what other players and heroes shaped the first stage of the Overwatch League. By the way, I would love to know what you thought about this type of content, so please let me know!

Esports Tech News is a tech-focused newsletter for developers, designers, and product managers working in esports.

Esports Tech News
Get in touch