Five weeks after the inaugural season lauch, the Overwatch League's first stage is completed. While some players proved their reputation, others just started to build their own. Let us see together which player-hero pairs from stage one have been the most memorable.

Unlike our previous player, Do-Hyeon "Pine" Kim did not have that much hype around him coming into the Overwatch League. As a matter of fact, he went a bit unnoticed next to the likes of Jong-yeol "Saebyeolbe" Park and the still underaged Yeon-oh "Fl0w3R" Hwang. Quickly enough though, the Team Fortress 2 veteran showed that he was a force be reckoned with. Usually riding the bench, Pine needed only a short time to show his skills on hitscan heroes. Today, I will talk about the hero that first put him in the spotlight, McCree.

It seems a bit difficult to analyze why is Pine so good with McCree. Because you have to admit it, it is mainly out of pure skill. However, in order for players to be successful at the highest level, they need to synergize well with their team. With the many teams running dive compositions during stage one, McCree was especially useful in preventing flanks from Tracer and Genji with the flashbang–headshot combo. Against tankiest targets, teams usually reacted fast enough to assist McCree and finish the kill.

Albeit McCree can be played to protect the backline from flankers, it is not the way the Excelsiors played around the hero. Pine usually relied on his team to create enough space on the map for him to simply take over the fights. On control, particularly Ilios, he was allowed so much room that he often appeared to single-handedly carry the games. As demonstrated in the video above, he could then benefit from Mercy's damage boost and suffer no counter-attack from his opponents. A simple recipe to many other highlight videos material. 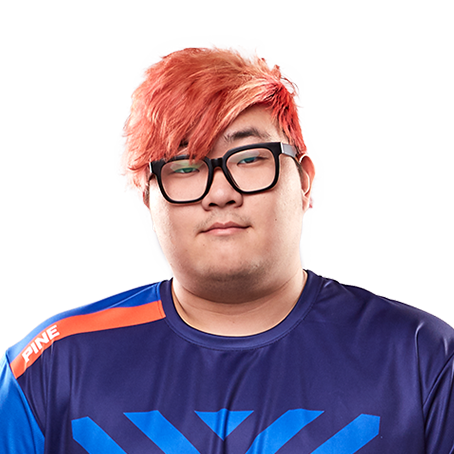 Thanks for reading this second piece, I will try to release the others quickly! I would love to get your feedback on this content, so please let me know.

My Esports & Tech Newsletter comes out every two weeks.
Subscribe if you like code, esports, and all the creative things in between. ✨

Esports Tech News
Get in touch